There are a lot of books that are super popular and super hyped and really well-loved that I think are also problematic (or the author is problematic). And I think it can be okay to read somewhat problematic books as long as you acknowledge they’re problematic and take that into consideration. But there are some books that are problematic AND I don’t find interesting, and thus won’t be reading.

(also please remember that this isn’t meant for me to be attacking your faves!! These are just my own opinions!! You’re allowed to like whatever you want and I can’t tell you otherwise!!) 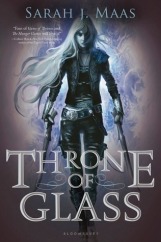 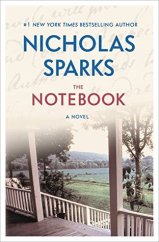 All the Ugly and Wonderful Things by Bryn Greenwood

This book has a crazy high rating on Goodreads, but it also has a ton of people calling it out for being gross. Which I definitely think it has the potential to be, and it’s not something I want to support. For those who are unaware, it’s about the relationship between a child named Wavy and a grown adult man. And it’s handled in such a bad way?

Like in Lolita, we know that Dolores’ attraction to HH is only a childish crush (because, you know, she’s a child) and his attraction to her is super creepy and inappropriate. But in All the Ugly and Wonderful Things, the two characters are in love and the people who try to come between them are seen as the bad guys. And there’s this quote, which is maybe the creepiest thing I’ve ever read:

Okay, I don’t think this one is problematic, per se, I think it just doesn’t do a good job doing what it wanted to do, if that makes sense? Like, Caleana is supposed to be this super badass assassin, but also be feminine and pretty. Which, honestly, I’m all here for. I am here to support badass girls who also value their femininity (see: Beka Cooper). But from the various reviews I’ve read and watched, Maas just doesn’t do it well. The assassin competition parts are brushed over and rarely actually shown, and the book is (apparently, remember I haven’t actually read it) mainly Caleana doing not badass assassin things and instead being dumb and annoying. I do think a lot of the Caleana hate comes from some deep-seated misogyny, but I think there are ways of making your character feminine and badass and not annoying or self-absorbed (see: Poison Study, Beka Cooper).

Anything by Cassandra Clare

From what I’ve read online, Cassandra Clare has been plagiarizing since she wrote a famous Harry Potter fanfiction, where she would put not just quotes, but entire passages from TV shows and other books, sometimes with credits, sometimes without. And I honestly just think her books at this point are the same six characters with slight variations in plot. And I just don’t see myself ever reading ALL those books, or supporting someone who has been so heavily accused of plagiarism.

The Notebook by Nicholas Sparks

OKAY I tried to watch the Notebook on a plane a few years ago because I was like “fuck it, I’ve never seen it and everyone love it” and I couldn’t get past the first scene. Like, Ryan Gosling threatens to seriously harm himself to get Rachel McAdams to go on a date with him?? Buddy, she already said no several times? Please leave her alone? Please don’t manipulate women into dating you??? I shouldn’t even have to ask that??? And that was literally within the first five minutes and I had to stop watching it because I was so uncomfortable with how their relationship started. I just feel like in society, we as women have such a hard time convincing men that No means No, not No means try harder. And this book definitely promotes the second one (or at least the beginning of the movie did) and it’s not a message I want to promote.

So those are some popular yet problematic books I will never be reading. Have you read any of them? Should I give any of them a shot? Let me know!

24 thoughts on “Popular problematic books I won’t be reading”