Hello, friends and fellow book lovers! As some of you may know, I just finished my second year of law school. By this point, most of my friends and I have a pretty decent idea of the types of law we’re interested in. I had a kind of dumb idea for a blog post, which was to give recommendations based on the type of law they want to go into.

So, I asked our group chat what type of law they wanted to go into, warned them that there might be some light roasting, and am now giving recommendations based on that area of law. Immigration and refugee law is what it sounds like: you work with immigrants and refugees to enter a country and obtain citizenship, permanent resident or refugee status.

I have a few recommendations, so bear with my. First is Ayesha at Last by Uzma Jalaluddin. This book is a Muslim Pride and Prejudice retelling. It discusses a lot of the Muslim faith and practices, and how Westerners and Muslims may view these practices. It’s super interesting, really well-written, and really entertaining.

I’d also recommend Americanah by Chimamanda Ngozi Adichie, which is about a Nigerian man and woman, one who goes to America and one who spends some time in the UK, and then both end up back in Nigeria. There is so much about being a black immigrant in America, and it’s really interesting.

Another recommendation would be The Boston Girl by Anita Diamant, which follows a Jewish woman living in Boston during the early 1900s. It talks a lot about the immigrant experience, as the protagonist’s parents and many of her acquaintances are recent immigrants. Again, it’s really well-written and has fantastic characters.

Last, I’d recommend Homegoing by Yaa Gyasi, which follows several generations of Ghanians, both in Ghana and after they immigrate to the United States. It discusses a lot of issues for immigrants, both recently arrived and new, and is super interesting. It was one of the best books I read last year, and I cannot recommend it enough.

Criminal law is also pretty self-explanatory. You work with criminals as their defense. It’s a super tough yet interesting area of law.

I have a few recommendations for criminal law. First is The Seven and a Half Deaths of Evelyn Hardcastle by Stuart Turton. This book follows the main character as he is trying to solve the murder of Evelyn Hardcastle. I don’t want to say too much about why this one works really well criminal law for fear of spoilers, but just trust me.

I would also recommend Sadie by Courtney Summers, which is about a true crime podcast following a girl, Sadie, whose sister has gone missing and has now gone missing herself. If you’re interested in the downfalls of the criminal justice system, you would probably enjoy this one.

Last, I would recommend Rust & Stardust by T. Greenwood, which is a fictional retelling of the kidnapping that inspired Lolita. If you’re interested in crime and criminals, I think you’d enjoy this book. 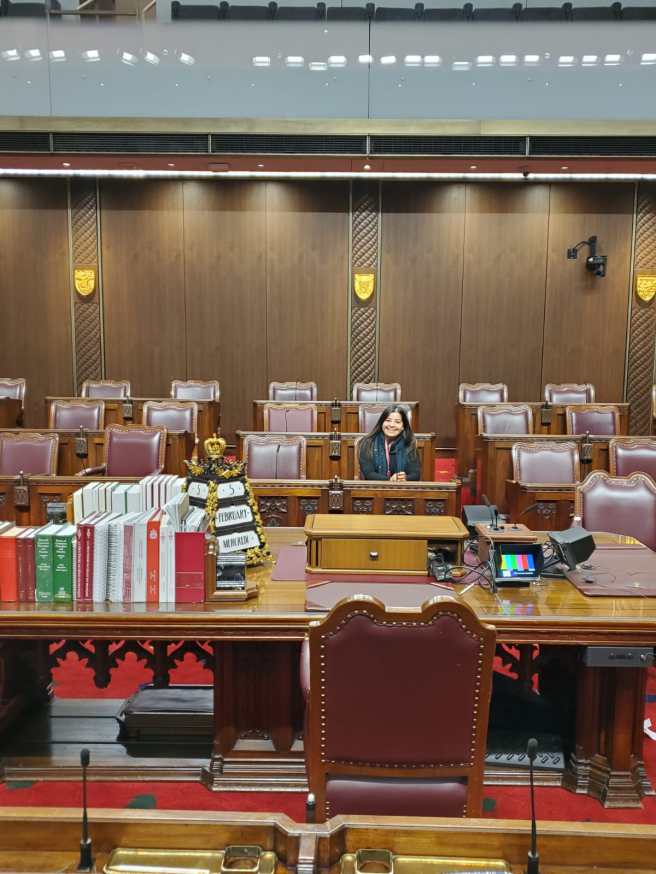 People who work in business law work with corporations in any number of capacities, from contracts to liability issues to corporate governance. Blossom also loves politics and the public sector and will definitely be an MP or prime minister at some point.

For Blossom, I recommend Red, White and Royal Blue by Casey McQuiston. This book is a m/m romance between the first son of the US and the prince of England. Alex, the first son, wants to go into politics and is trying to balance his love life and these aspirations. I think Blossom particularly would love this book, but if you’re the type of person who wants to make the switch from business to public service, you’d also enjoy it.

Environmental law attempts to use the law to protect the environment. If you want to go into environmental law, you’re likely a scientist, hippy, or some combination of those two things (like Christa!).

I couldn’t specifically think of any books for environmental law, but my brother recommended The Appeal by John Grisham. This book is about two lawyers who successfully win against a chemical company who have polluted a town with dumped toxic waste, only to have the case appealed and a corrupt judge presiding over the appeal. It might be a little too on the nose for environmental law.

You might also enjoy Braiding Sweetgrass by Robin Wall Kemmerer, which is about an Indigenous woman and botanist’s relationship with the land. It’s beautiful and incredibly well-written, and talks a ton about the environment and laws and how they interact.

If you are interested in Indigenous law, I would recommend Moon of the Crusted Snow by Waubgeshig Rice and The Marrow Thieves by Cherie Dimaline. Both of these books follow Indigenous groups in a dystopian world. Both of them heavily incorporate and rely on Indigenous ways of knowing and stories, which bring so much life to the books. They also both discuss the tension between Canadian laws and Indigenous laws, and which are better in certain circumstances.

I have a couple recommendations for this one as well. First is The Undomestic Goddess by Sophie Kinsella. This book is about a lawyer who has to flee her firm and ends up working as a housekeeper. It’s completely ridiculous, but so sweet and funny. I think Alexis particularly would enjoy it, but that anyone who is interested in both law and fashion would enjoy.

I would also recommend The Seven Husbands of Evelyn Hugo by Taylor Jenkins Reid, mainly because I think everyone should read this book. It follows Evelyn Hugo, and old Hollywood starlet, as she’s describing her seven husbands to a journalist for her biography. Again, I think if you’re interested in fashion and retail AND law, you would enjoy this book. It’s so well-written, with fantastic characters and a great story.

First is Unwind by Neal Shusterman, which is about abortion. Essentially, parents have the option to have their children “unwound”, where all their organs are donated to someone in need. I think the relationship to constitutional law is pretty obvious for this one.

Next is Delirium by Lauren Oliver. In Delirium, the government has decided that love is a disease; everyone gets surgery to remove their ability to love and is assigned a life partner. It’s about love and free will, so again, I think it’s obvious how this one relates to constitutional law.

Last, I’d recommend the Chaos Walking trilogy by Patrick Ness. This trilogy focuses a lot of free will, agency, power, and government. It is so interesting and has some of the best character development ever. I cannot recommend it enough.

Administrative law is a weird area of law that no one really understands (except Aneta). It mainly deals with the relationship between governing bodies. The main question explored by administrative law is: when can a court review a decision of a tribunal or government body?

My recommendation for this area doesn’t really make sense, if I’m being honest. My recommendation is Women Talking by Miriam Toews, which follows a group of religious women who are raped by men in their community, and are deciding whether to stay or leave. It takes place over two days and is from the point of view of a man who is taking minutes for the women. The women are making a tough decision, which is the heart of administrative law. They talk a lot about power and power dynamics, which is similar to administrative law.

Family law, as we can all surmise, deals with family issues, mainly divorce-related issues, but also things such as parenting rights.

My biggest recommendation for family law is Little Fires Everywhere by Celeste Ng. This is one of my favourite books, and is so beautifully written. The heart of the book is the question of what makes a family, and the book actually features a family law trial. I cannot recommend this book enough, and it would be the perfect book for anyone who is interested in family law.