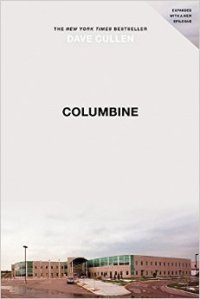 What really happened April 20, 1999? The horror left an indelible stamp on the American psyche, but most of what we “know” is wrong. It wasn’t about jocks, Goths, or the Trench Coat Mafia. Dave Cullen was one of the first reporters on scene, and spent ten years on this book-widely recognized as the definitive account. With a keen investigative eye and psychological acumen, he draws on mountains of evidence, insight from the world’s leading forensic psychologists, and the killers’ own words and drawings-several reproduced in a new appendix. Cullen paints raw portraits of two polar opposite killers. They contrast starkly with the flashes of resilience and redemption among the survivors.

I don’t know if I can say I enjoyed this book, per se, given the topic, but it was definitely informative, well-written and interesting.

Going into this book, all I knew about Columbine was that it was a school shooting, with two shooters, and one of the first big ones. Other than that, I went in fairly blind. Cullen did a great job explaining everything.

Cullen has clearly done a ton of research. This book felt very thoroughly researched and I didn’t have any leftover questions in the end. He does a great job covering all topics relevant to the Columbine shootings.

I thought Cullen did a great job, too, describing everything that happened in a very facts-driven way. He doesn’t pass judgement, he just presents that facts and you can draw your own conclusions. The book didn’t idolize or victimize or celebrate the shooters, but it also didn’t present them as horrible, monstrous people. It gave enough background that you could make your own decisions about the shooters. It also wasn’t graphic at all, if that’s something that bothers you.

I only had two complaints:

All in all, this was a good, well-written, informative book on the Columbine shootings. If it’s something that interests you, I’d definitely recommend it.

Have you read this book? What were your thoughts? Do you plan on it? Let me know!