Happy Sunday, pals! I hope you’ve had a great weekend so far! Today, I’m doing another award post, this time the Sunshine Blogger Award. Thank you so much to Sailor @ A Wicked Reader and Alexandra @ Reading by Starlight for the nominations!

Hmmmm maybe Anne Frank’s Diary. I just feel like everyone and their mom (literally) have read it at this point and I haven’t yet. One day, though!

If you could punch any character in the face, who would it be and why?

Probably Dolores Umbridge from Harry Potter. I’m sure there are more punchable characters (update: there are, I mention him later on in this post) but Umbridge is all that’s coming to mind right now.

What’s a book or series that you think everyone should read?

I actually did a post on this not to long ago, so casual plug for that! I said Moment of Lift by Melinda Gates and Between the World and Me by Ta-Nehisi Coates.

Which book is the first that you fell in love with? 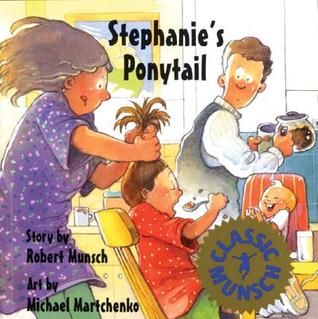 I Really Am a Princess by Carol Diggory Shields is the first book I remember being obsessed with. It’s a picture book and I loved it. I also loved Stephanie’s Ponytail by Robert Munsch. I really connect with and feel Stephanie on a personal level, tbh. I probably read both of those books upwards for ten times when I was about five.

What is your all-time favourite book cover? 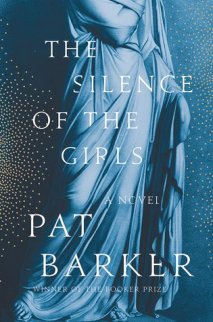 I have so many, honestly. But I think the covers of 1Q84 by Haruki Murakami, The Silence of the Girls by Pat Barker, and Looker by Laura Sims are some of my all-time favourites.

Is there an author that you absolutely refuse to read anything that’s written by them?

Probably, but I honestly can’t think of any right now. I guess obligatory “Kathleen Hale” answer.

Who is your favourite book villain?

I really liked Holland from the Darker Shades of Magic trilogy by V. E. Schwab. He’s a super interesting character, and a really great villain.

If you could only read one book repeatedly for the rest of your life, what would it be?

AHHHH idk this is such a hard question!

Are characters or plot more important to you in a story?

What book or series do you wish would be adapted into a movie or TV show?

I really really really want The Raven Cycle by Maggie Stiefvater to be a TV show! Apparently that was announced ages ago, but nothing has happened since so!!!!

What’s a series that always makes you feel happy and nostalgic to think about?

It’s doomsday – what is the last book you want to read before the world ends?

Uhhhh something short that I’ve wanted to read for a long time! Maybe Anne Frank’s Diary so I’m not in the afterlife as the only person who hasn’t read it.

Quick! I’m stuck in a slump! What’s your go-to recommendation?

My go-to recommendation is usually And Then There Were None by Agatha Christie because it’s a mystery, which most people tend to enjoy and are also good at getting people out of slumps, and it’s super well-written and mind-boggling.

What is your favourite setting to read about, be it realistic or fantasy?

Honestly though, if a book has a boarding school, I will read it, no questions asked.

Create a 5 song playlist for any book, series or character.

This is too hard for me rn so I’m going to come back to it but if I don’t, please know that I tried.

What was your last one star read? Why did you rate it so low?

My last one-star read was All The Bright Places by Jennifer Niven, which I DNFed because I hated both main characters. omg they were the worst, I’m sorry. Finch is insufferable and reminds me of my friend Jeremy when they were 13 (I recently told Jeremy this, and they went “yikes, sounds like the worst character ever” in all sincerity).

Who is your most recent book boyfriend and tell us what makes them so swoon-worthy?

I’m not really in the business of bookish boyfriends, but if I was, it would be Richard Gansey, for obvious reasons.

Which standalone needs a sequel?

I’m not really a fan of standalones getting sequels just because, so I don’t really have an answer for this!

Name an author you are desperate to meet and, if you met them, what would you ask them?

I would love to meet Celeste Ng, and I’d love to just talk with her. Maybe ask who her favorite authors are or who she’s inspired by.

You a suffering through a major book hangover. What fluff book serves as the best cure?

Anna and the French Kiss by Stephanie Perkins or The Truth About Forever by Sarah Dessen. Both are just easy-to-read, dumb books, which is exactly what I need.

A book you secretly love?

I don’t really hide when I love books, but maybe Reason to Breathe by Rebecca Donovan because there are a lot of issues with it and yet I can’t help but love it? Or maybe not love it, but enjoy it/reread it more than I would care to admit. But I would never recommend it.

It’s time to assemble your bookish squad! Which characters make the cut?

Everyone from The Raven Cycle + Mustang from Red Rising + the Marauders and that’s about it tbh.

I’m not going to nominate anyone today, but please answer these questions below, if there are any you want to answer! I’d love to see your answers! And thanks again to Alexandra and Sailor for the nominations 💖💖💖