I was (not so) recently tagged by Angelica at the Book Cover Girl to do the Superlatives Tag! Thank you so much Angelica for the tag! I’m not sure who made this tag, but if anyone knows, please let me know so I can credit them appropriately!

MOST LIKELY TO BE IN THE MOVIES: THE BOOK THAT WOULD MAKE THE BEST MOVIE

Because I’m trying to mix up my answers, I’ll go with The Lost Girls by Heather Young. This is a thriller/mystery-type book that’s still somewhat slow-paced. And I think it would be such an interesting movie. The atmosphere would be really interesting and because it happens at the same place but during different times, you’d get that juxtaposition. Now I think I need someone to make this movie.

BIGGEST DRAMA QUEEN/KING: THE MOST (OVERLY) DRAMATIC BOOK OR CHARACTER

Nimona from Nimona by Noelle Stevenson. I love Nimona, but she’s such a drama queen. 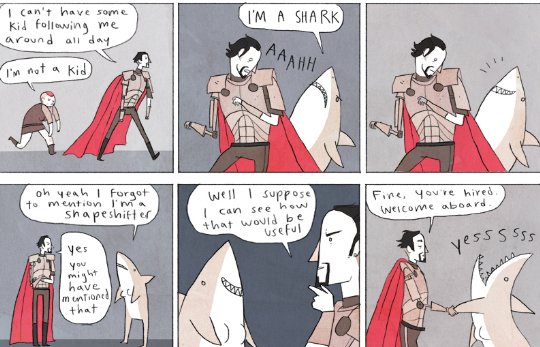 BEST DRESSED: THE BOOK WITH THE BEST COVER

I love a lot of covers, but I think one of my all-time favourites is 1Q84 by Haruki Murakami. I don’t really know why, I just think it’s gorgeous.

MOST CREATIVE: THE BOOK WITH THE MOST UNIQUE PLOT, CHARACTERS, & STRUCTURE 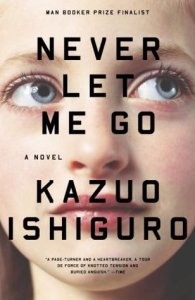 I have to say, Never Let Me Go by Kazuo Ishiguro is one of the most creative books I’ve ever read. The characters aren’t necessarily all that unique, but I loved it.

MOST POPULAR: THE BOOK WITH THE MOST RATINGS ON GOODREADS

MOST LIKELY TO SUCCEED: THE BOOK THAT IS GOING TO BE APPRECIATED FOR MANY YEARS TO COME 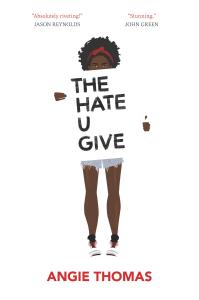 I’m going to completely steal Angelica’s answer and say The Hate U Give by Angie Thomas. I think it will be taught in schools soon, and be important in future literature classes.

CLASS CLOWN: THE BOOK THAT MADE YOU LAUGH OUT LOUD

Good Omens by Neil Gaiman and Terry Pratchett. It’s one of the few books that made me laugh out loud.

MOST IMPROVED: THE BOOK THAT STARTED OFF SLOW, BUT REALLY PICKED UP 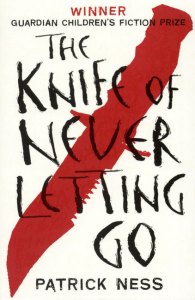 I’m going to go with the Chaos Walking trilogy by Patrick Ness. It’s so good, but the first book really takes a while to get going.

This is so hard because I don’t really read a lot of books with cutesy couples in them, and I don’t really feel that way about book couples. But maybe I’ll cheat and say Lily and James from Harry Potter, because I think they’re honestly my only OTP.

BIGGEST HEARTBREAKER: THE BOOK THAT BROKE YOUR HEART

Recently, Salt to the Sea by Ruta Sepetys. It was so good and so heartbreaking. I highly recommend it.

I’m tagging: Rebecca and Lucy! And anyone else who wants to do the tag!

Thanks for reading! Ally xx