I generally don’t do TBRs because then it feels like I HAVE to read the books which makes me anxious and not want to read them. BUT I have some books planned for July and August, so I thought I’d make one for the rest of the summer! 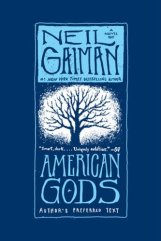 I’m doing a buddy-read of this with Jennee from Belle of Booktopia! I’m super excited to get started (it’s my next read, so I’ve probably started by the time this has gone up).

The Beauty Myth by Naomi Wolf

This is the July/August read for Emma Watson’s feminist book club (find it here on Goodreads). This sounds duper interesting and I’m really excited to read it!

The Night Circus by Erin Morgenstern

I bought this a few weeks ago now. I’ve heard so much about it so I’m happy I finally own it! (also the cover is totally gorgeous. I mean look at it)

I love Neil Gaiman, and my dad bought this book while it was on sale at Chapters a couple weeks ago. We’re going on a road trip in August, so we’ve decided we’ll bring it and share it. I’ve been meaning to read it for a while now so now I can! 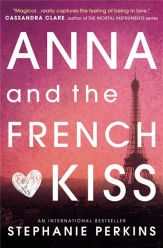 Would it be summer if I didn’t read these books? No, no it would not. They’re also just good road trip books, so I’ll probably read them then.

Exit the Actress by Priya Parmar

I finally bought another copy! It was on sale for $6 so I picked it up and I’m so happy I have it so I can reread it!!

The Prisoner of Azkaban

We’re going backpacking a couple weeks and this is the book I plan on bringing! I love it and it’s small, so it’s perfect!

That’s all for these next two months! Let me know if there’s any books you think I should read!